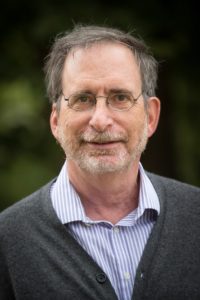 Dr. Cohan is an Assistant Professor of Pediatrics at Harvard Medical School. Since 1979, his hospital affiliations have included Massachusetts General Hospital, where he is a Pediatrician. (His affiliation with Mass General began in 1975 as a resident.) Since 2000, Dr. Cohan has served as Pediatrician and adjunct staff member at Brigham and Women’s Hospital, where his affiliation began in 1978. He has also served at Beth Israel, St. Margaret’s Hospital for Women (which closed in 1993), Children’s Hospital Medical Center, Milton Hospital, and Cambridge Hospital.

Since 1978, Dr. Cohan has served as a physician at Milton Pediatrics and served as the practice’s chief financial officer until 2015. Dr. Cohan has worked as an expert witness in over forty medical legal cases pertaining to pediatric malpractice. Dr. Cohan is Consulting Pediatrician for the Boston Children’s School and the Beacon Hill Nursery School. He has managed Web sites and edited newsletters for the medical groups with which he is affiliated. For 20 years, he has also served on search committees and boards affiliated with Massachusetts General Hospital and Brigham and Women’s Hospital and Partner’s Healthcare.

Dr. Cohan is fluent in Spanish. He and his wife, Pat, reside in Jamaica Plain and Martha’s Vineyard and have two adult sons and two grandsons.

Fun Fact: Dr. Cohan’s first job was as an orderly working the night shift for a community hospital!