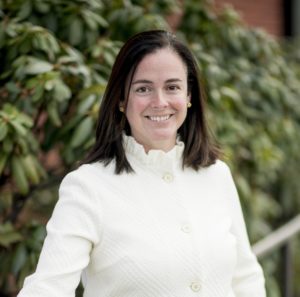 Dr. Cara O’Reilly grew up in New Jersey and came to Massachusetts in 1994 for college, where she attended The College of the Holy Cross in Worcester. After college, she spent a few years doing clinical research in neuroradiology at Massachusetts General Hospital and received a Masters in Medical Science from Boston University School of Medicine. She completed her medical school training at Albany Medical College where she was elected a member of the Alpha Omega Alpha Honor Society.

She was happy to return to Boston once again in 2007 for residency at Massachusetts General Hospital for Children. She worked here at Milton Pediatrics during her residency training and was thrilled to join the practice in July of 2010.

She lives close by in Milton with her husband Dave and their children James and Patrick.  In her free time she enjoys the beach, playing piano, cooking & baking, entertaining, gardening and going to music concerts; and most of all spending time with friends and family.

Dr. O’Reilly is an Instructor in Pediatrics at Harvard Medical School, and is active with teaching medical students in their primary care clerkship.